This is a visual guide to identifying certain black, cast-iron vintage Singer machines: The 66, 99, 201, 206, and 15 both potted and belted. These are the models I find to be most common in my area (NYC).
The excellent online Singer identification guide from Sandman Collectibles is the current gold standard for identifying vintage Singer machines. It asks you to check off a list of features seen on your machine, narrowing it down until you arrive at the model number. It's predicated on having the machine in front of you, where you can see everything clearly.

Dating your machine is quite easy -- locate the serial number and correlate it to these. Singer Featherweight 221 222 221K 221J Serial Numbers & Date Charts. Leo's Featherweight 221 Factory site as well as singersewinginfo.co.uk's site.

But what if you're looking at a tiny, dark, poorly shot, grainy, out-of-focus photo on Craigslist or eBay and can't answer all of the questions asked by the Sandman page? This will help SOME of you (please read the caveat at the bottom of this entry) to look at a Craigslist photo and figure out if it's the model you're looking for or not. In general I don't look for common technical details like where the tension dial is or what side the light is on; I just look at the overall lines of the machine and a couple of clues that show up no matter how crappy the photo.
Case in point--the other day I clicked on a Craigslist ad saying only 'Singer sewing machine' and saw this photo:
The photo's small, dark, shot from a weird angle and shows no detail, but I immediately knew it was a model 99. (I later e-mailed the woman and she confirmed it.) How did I know? You'll find out in this series of entries.
You can learn to identify different models of Singer, even through lousy photos, by a series of curves and visual clues. First I'm going to start with the model 15 because that has the most distinctive 'lines,' if you know where to look. When trying to identify a Singer from a crappy photo, the first thing I do is rule out whether it is or isn't a model 15.
Most photos, no matter how bad, will reveal the top line of the machine. (Some don't, I'll cover that later in this series.) And on every Singer model, the topmost profile line of the machine features a line that descends from right to left--what I'll call the 'runway'--tapering down to a pinched waist before ramping back up into what I'll call the 'ski jump.' I'll call the bottom of the arm the 'undercurve,' and I'll also ask you to note the 'pillar line,' or front edge of the pillar. (Please note I'm making these terms up; they are not common usage and will make no sense to others.)
Now, let's look at the model 15, forgetting for a moment about the sub-model:

First, notice the Runway/Waist/Ski Jump area. It's a smooth curve. What I mean by that is, if you were driving a tiny car down the 'runway' of the machine, you could drive up the 'ski jump' with no problem. It doesn't go steeper than 45 degrees, and that's unique to the model 15s.
Secondly, look at the undercurve. It's kind of symmetrical, like the top of an umbrella.
Thirdly, notice how the pillar line is raked back at an angle.
In contrast, let's look at the lines of a different machine. Here's a 201:
You should notice some sharp differences. First of all, if you drove a tiny car down the runway of a 201, you'd crash when you got to the ski jump because it's too steep. As you'll see later, it's like that on the 66s, 99s and 206s as well.
Secondly, notice how straight the lines are for the runway, the undercurve and the pillar line. In actuality they're slightly curved, but to the naked eye they look very nearly like straight lines. This is an important clue.
Thirdly, look at the angle of the pillar line. Now compare it to the pillar line of the model 15. On the 201, the pillar line is almost vertical.
Anyways, I'm not going to ask you to identify 201s just yet, I'm just showing it for contrast. The first step is to be able to identify a model 15. So, let's look at some crappy pictures. Studying the runway and ski jump areas, which of these machines are model 15's? 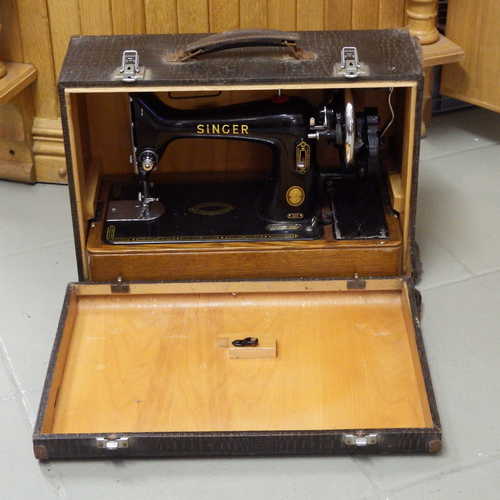 Got it? Was it too easy? If so, don't worry, it will get trickier.
And here's The Caveat: The Sandman identification form is exact, foolproof and useful for everybody. Unfortunately, my system here is only going to be useful to some of you. Those of you whose vision is wired to be artistic--'right brainers'--will have no problem picking this up, while others more 'left brain' or logic-inclined may find it inscrutable. Don't feel bad if you can't pick this up, it's like being tall--you're either born tall or you're not. (And I'm not.)
Go on to:
Part 2: If it’s a model 15, what kind of 15?
Part 3: Is it a 201?
Part 4: Is it a 66?